Concept of tax residence in Spain for individuals (April 2016)

The purpose of this document is the analysis of Spanish legislation and the different agreements existing to avoid double taxation on income and assets in Spain, to be used as a tool to answer any questions regarding the tax residence of individuals.

The concept of tax residence is useful in Spanish tax legislation, particularly with regard to the following taxes:

b.- Income tax for Non-Residents.

2.1.- Stay
2.2.- Activities and economic interests
2.3.- Presumption
2.4.- Other aspects to be considered with regard to tax residence

3.- Proof of tax residence in Spain

5.- Determination of tax residence for any existing agreements to avoid double taxation on income and assets

5.1.- Comments applicable to the agreements existing to avoid double taxation in accordance with the OECD Model Tax Convention with regard to the tax residence of individuals.

When, pursuant to said regulations, which we will analyse below, an individual is considered a tax resident in Spain, it may be contemplated whether said person is also a tax resident in another State, in accordance with the tax legislation of said State, as the tax residence concepts are not tangential since their definitions are not standardised in the various legislations and, furthermore, it is in the interest of the States so as to create more connecting factors and consequently have more taxpayers in their public domain.

When, in accordance with the above, an individual satisfies the conditions to be considered a resident in Spain and, at the same time, in another State, two eventualities are contemplated: i) that no agreement exists to avoid double taxation between them, in which case Spain shall regard the person as being a Spanish resident and shall apply its national regulations, whereby the individual must be taxed here on all his/her worldwide income/assets and, at the same time, the other State shall apply a similar regime, without prejudice to the double taxation provisions set out in the domestic regulations of each State to relieve double taxation, or ii) that there is an agreement to avoid double taxation, in which case the rules of the agreement shall be followed to determine the residence of said individual for tax purposes, an aspect which we will come back to.

In accordance with that which we have stated above, it is article 9 of the LIRPF which regulates the concept of tax residence in Spain. In this way, it determines two circumstances, and by satisfying the conditions of either of them, an individual is deemed to be a tax resident in Spanish territory. Furthermore, it assumes a presumption, which we will see below.

When an individual stays for more than 183 days during the calendar year in Spanish territory. In this regard, the following must be considered:

a. – Days of intermittent absence shall be regarded as days of stay, except when this absence is accredited by tax residence in another country.

b. – When it involves proving tax residence in another country, involving countries or territories regarded as tax havens, the tax authorities may require proof of stay in the latter for 183 days of the calendar year.

c. – To prove tax residence in another State, a residence certificate must be provided which has been issued by the “Ministry of Finance” of the country where the individual claims to reside .

d. – To calculate the days of stay in Spanish territory, temporary stays in Spain shall not be included when they are the result of obligations assumed related to voluntary cultural or humanitarian cooperation agreements with the Spanish public administration.

When the main core of the economic interests or basis for the economic activities of an individual are rooted in Spain.

It shall be presumed, unless proven otherwise, that an individual has his/her habitual residence in Spanish territory when his/her minor children and spouse, from who he/she is not legally separated, habitually reside in Spain.

2.4.- Other aspects to be considered with regard to tax residence

It should be pointed out that proof of tax residence in another country solely affects the determination of residence in Spain according to the criterion of stay for more than 183 days. The tax residence of an individual in Spain is not only determined in line with said stay criterion, but also whether he/she has in this country, directly or indirectly, the main core or base for his/her economic interests or activities, as we have previously stated. The determination of whether the main core or base for economic interests or activities of the consulting party are in Spain is a factual circumstance whose assessment pertains to the management and inspection bodies of the State tax authorities .

3.- Proof of tax residence in Spain

The tax residence concept has a large factual component whereby residence has to be proven (the tax authorities or the taxpayer, as the case may be) must provide sufficient evidence thereof.

Generally speaking, in tax application procedures, whosoever wishes to claim their rights must prove the facts and the regulations by means of proof and their assessment contained in the Civil Code and the LEC Law of Civil Procedure shall apply .

In order for presumptions not set out in the regulations to be admissible as means of proof, it is vital that there is a precise, direct link between the fact demonstrated and that which is trying to be deduced, in accordance with the rules of human criteria .

The factual elements and data set out in self-assessments, tax returns, communications and other documents submitted by taxpayers are assumed to be correct and they may only be rectified by said taxpayers by means of proof of the contrary .

According to Judgement 1310/2015 of the Chamber for Contentious Administrative Proceedings of Málaga, for the purposes of proving tax residence in Spain, it must be the tax authorities which provide the necessary proof of continuous residence and subsequently the taxpayer, if this residence has been used simultaneously with another. Ultimately, it is sought to reach the conclusion as to whether the tax authorities have proven the tax residence in Spain or whether the taxpayer has invalidated this proof by providing other proof which demonstrates that the former was incorrect .

Ultimately, it is sought to firstly establish, in each case, whether it is the tax authorities or the taxpayer who has to prove tax residence and subsequently, invalidate, on the other hand, if necessary, said alleged tax residence with the relevant evidence which, in any case, the corresponding judicial authorities shall clarify .

a. – There is an agreement to avoid double taxation on income and assets.

In this case the agreement shall be adhered to, unequivocally determining thereby whether he/she is a tax resident in Spain or in another State.

b. – No agreement exists to avoid double taxation on income and assets.

In this case, in Spain, the individual shall be regarded as a tax resident in Spanish territory.

5.- Determination of tax residence in the event of an agreement to avoid double taxation on income and assets

As we have previously mentioned, the dispute between two States about tax residence, and which it is intended to solve by way of agreements, occurs with regard to two aspects to be considered: i) When there is a dual tax residence owing to the application of the respective national legislations, in other words, each State, in accordance with their own regulations on the tax residence concept, considers that a given individual is resident in its territory, and ii) When he/she is a tax resident in a State in accordance with its own national legislation and said individual obtains income or has located his/her assets in the other State where he/she is not a resident. Both aspects are dealt with by the agreement. In the former case, it is necessary for the agreement to adopt mandatory regulations to settle residency .

These rules set out a strict order in the different parameters to be analysed for the purposes of precisely declaring the residence of the individual in each factual case. To this end, the following order shall be adopted:

a. – Firstly, the individual shall be regarded as a resident only in the State where he/she has his/her permanent home at his/her disposal.

b. – If said individual has a first home at his/her disposal in both States, he/she shall be regarded as a resident solely in the State with which he/she has the closest personal and economic relations (the centre of vital interests ).

c. – If he/she does not have a permanent home at his/her disposal in either of the States or if the State cannot determine where the individual has his/her centre of vital interests, he/she shall be deemed to reside solely in the State where he/she habitually lives (stay criterion).

d. – If he/she habitually lives in both States or does not live habitually in either, he/she shall be deemed to reside solely in the State whereof he is a national.

e. – If he/she is a national of both States, or of neither, the competent authorities of the two contracting States shall settle the case by mutual agreement .

There are only different regulations or some exception to that said in the agreements between Spain and: Australia, Austria, Bulgaria, Hong Kong, Indonesia, Kuwait and Sweden (7)

5.1.- Comments applicable to the agreements to avoid double taxation in accordance with the OECD Model Tax Convention with regard to the tax residence of individuals.

This does not solely refer to ownership of a home, but rather to any type of right which allows residence in said dwelling (usufruct, room rental, rental agreement etc.)

The dwelling must be for permanent usage, in other words, prepared for use at any time, in continued fashion, not including in the calculations any home intended for occasional use for a short period of time such as a leisure, study or business trip etc.

As regards the dwelling type, any of its forms is valid such as a house, apartment, villa, even a room rented with furniture etc .

Due consideration shall be given to an individual’s family and social relations, business, political, cultural or other types of activities, the location of his/her business or professional activities, the head offices of asset administration etc.

The circumstances must be examined as a whole but, in any case, it is clear that considerations based on the personal behaviour of individuals should receive special attention.

If someone who has a house in one State and establishes a second home in another State whilst keeping the former house at the same time, the fact that he/she has maintained the first home where said individual has always lived, worked and where the individual’s family and assets are, may, along with other elements, help to demonstrate that he/she has maintained the centre of vital interests in the first State .

In the eventuality that, having a permanent home in both States, the centre of vital interests of a person cannot be demonstrated or the individual has no habitual residence in either of the two States, as has been stated, the State where he/she habitually lives shall apply, in other words, the State where he/she stays most frequently. 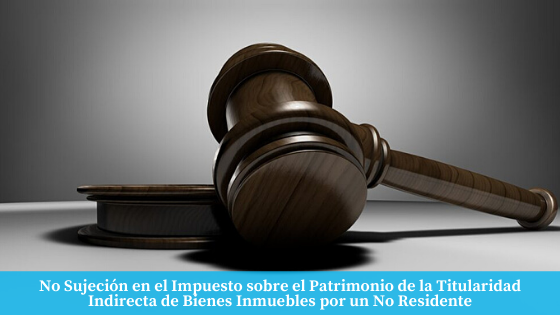 No comments added yet.